What A Paid Media Specialist Does In A Day 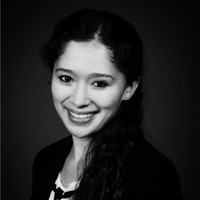 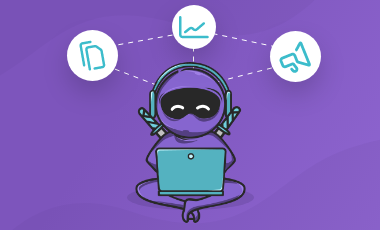 Welcome to our new series, What a [Job Title] Does In A Day. It's where we'll shed light on the types of tasks and activities each role is responsible for at SupportNinja.

1. How did you get into the paid media field?

“My primary career in life was in campaign politics which is not normal for people in this industry or space necessarily. I came at it kind of sideways. In the process of doing politics, we had done a lot of work in digital and I convinced myself that I knew as much about digital communication as anybody in advertising. So I convinced myself that if I was going to change careers, advertising was where I should try to take my career. I don't really know whether that was smart or not. It just worked. A friend of mine was building an ad shop that was going to be primarily digital and I went and joined there [as] a salesperson. I'm not [truly a] salesperson, but I do understand what it takes to build a pipeline. That's the skill I brought from politics because I worked primarily in fundraising. I built database work and I was good at understanding technology. [I started to wonder] how [we could] use digital technology, digital communications technology to build the front part of that inbound funnel.”

2. What is the first thing you open on your computer as a paid media specialist? After email, slack, etc.

“Microsoft Excel or Google sheets. I have a couple of dashboards that I've built in Google sheets, but they're in Google sheets because they need to share them with other people. There's things I need to do that are easier and faster to do in Microsoft Excel. Although I'll have to admit, one thing I've become really enamored of lately is in Google sheets. There's a formula called import range where you can import a set of cells from another Google sheet. And so I've been using that a whole lot in the last few weeks, and it's opened up new worlds for me in Google. In Excel, the big kahuna, really powerful thing, other than pivot tables is V lookup.”

3. What are your main goals as a Paid Media Specialist?

“The fundamental goal is [to try] to manage a budget. We've got a certain amount of money that we can spend for certain things. We need to make sure that we're hitting those budget marks to produce leads for the sales team. It's really about evaluating performance output, which is lead generation against budget input and managing both those things and the pacing of it.”

4. How do you stay informed about the latest news in your industry?

“I try to read a lot, but I'll be honest, most of this stuff is not in books. Most of it's really cutting edge. So about 75% of what I read every day is actually not printed; it's on an internet source or something like that. It's usually short form content. The problem is what's out there on the internet, tends to age pretty fast. And so you spend a lot of time actually reading things, trying to figure out whether it's current or not. If it's not current, it doesn't mean it's worthless though, because you put your mind through the analytical pace of how this person figured out a problem.
No one's got all the answers and even anybody who's in the top 10% of the field, what they're talking about is probably a case study. And just because something was true for their client, doesn't mean the lesson is going to be totally portable and come over to what you're doing. So at best what you do is you get new ideas and then you test that idea and see whether it worked or not.”

5. Do you think the outsourcing industry will change much in the next 5 years? If so, how do you think it’ll change your job or responsibilities?

“I think the experience of this global pandemic is going to lead to profound changes in the way everyone works. Many companies are realizing just how incorrect all their assumptions about place were holdovers from the industrial era and just aren't relevant anymore. Expensive commercial real estate isn't necessary for many right now, but the realization that creating effective and real community connections between team members is crucial. Place can help with that, but the big surprise for everyone is just how many other innovative ways to build those connections are possible.
That opens up business thinking to embrace workers in more locations. The first hurdle there is to be able to hire internally over a much wider geography. But once a business masters the processes needed to make that work -- it's not far from there to potential explosive growth in outsourcing (and a potential wholesale remaking of what outsourcing even means).
‍

For my part, in terms of job responsibilities, that expands the range of colleagues that I'm likely to need to work with. There will be increasing challenges in terms of geographic, time-zone, and cultural separation to overcome. At the core, the work I do has never fundamentally required me to be in any one place -- but I do miss sitting within earshot of my colleagues on the Sales and Customer Success teams while they talk with the people who clicked on the ads I built.”

As a content specialist, Luna enjoys tackling content needs from an array of industries including: financial, logistics, insurance & outsourcing. When she finds some free time, she enjoys dancing, cooking, reading, and spending too many hours watching YouTube videos.

Finding and Developing “A Players”

How to Increase Profits By Outsourcing